‘Space for people is disappearing’… 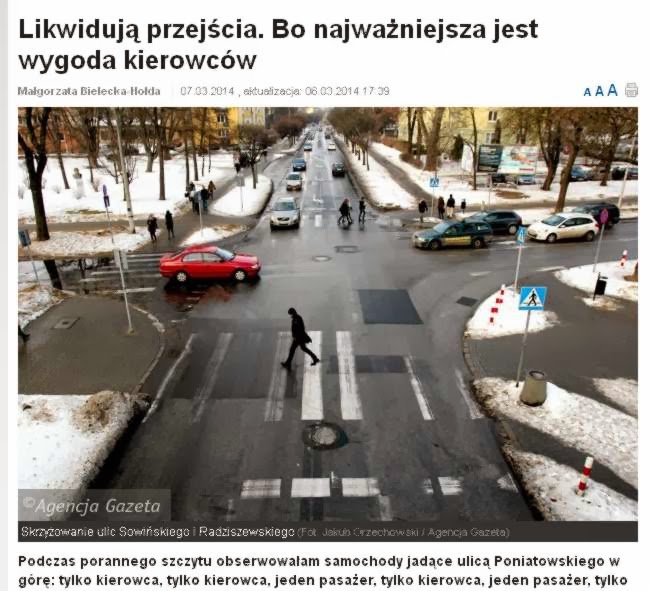 In the article written on the occasion of the public consultations of the reconstruction of Racławickie Avenue and it’s surroundings, we can read:

People in Western Europe or the United States have already figured out that life in cities that are not friendly to humans, but instead to cars, is a nightmare – the streets turn into concrete deserts, narrow sidewalks are crowded by ever-growing amounts of cars, so pedestrians have to sneak between cars on avenues, on which cars drive quickly, in order to cross the street people often have to overcome great distances, and in residential districts there are less and less squares, pitches and playgrounds. Space for people is disappearing.

“Removal of a pedestrian crossing. Because the most important thing is the comfort of drivers”, article by Małgorzata Bielecka-Hołda, “Gazeta Wyborcza”, 07th of March 2014, page 7.